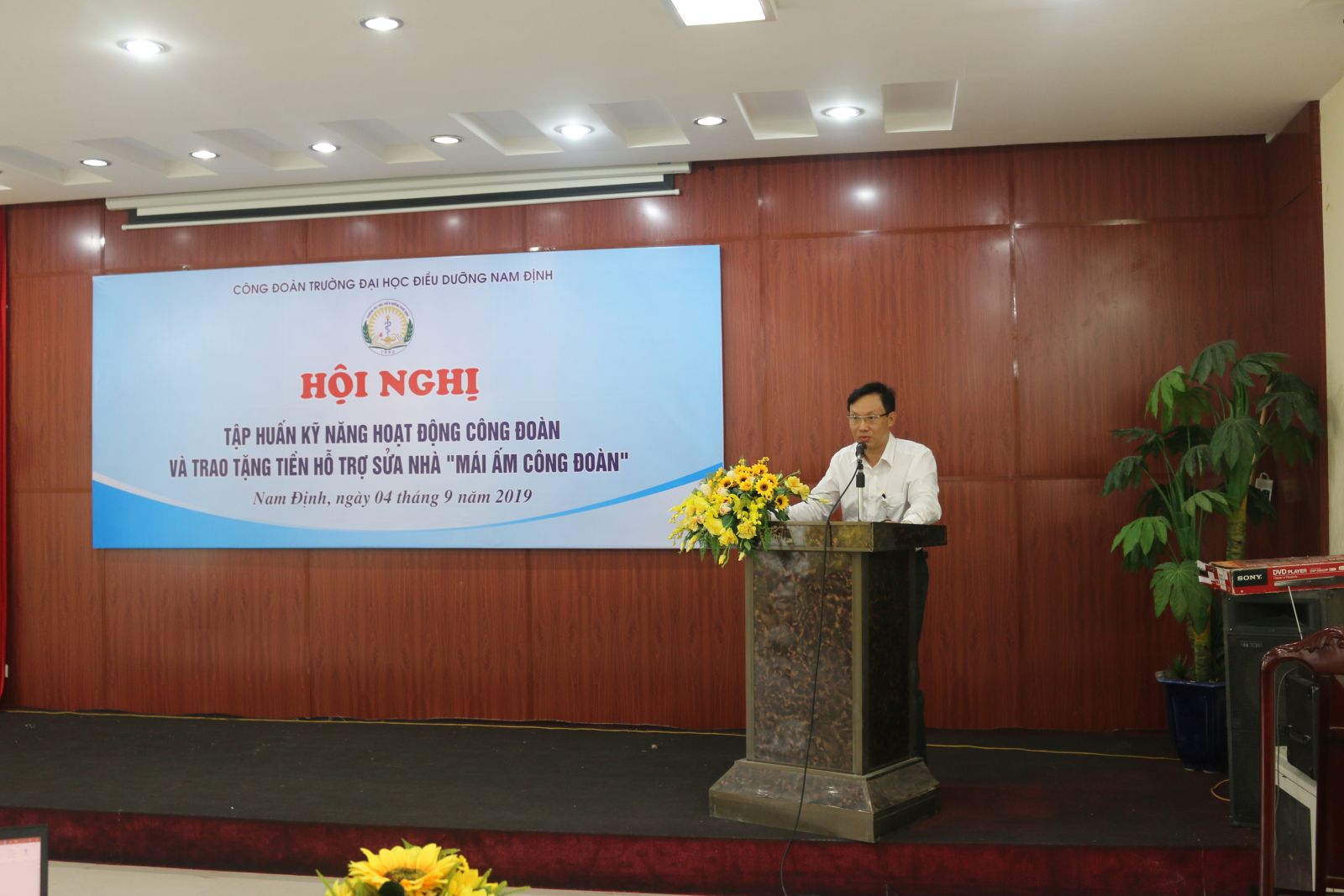 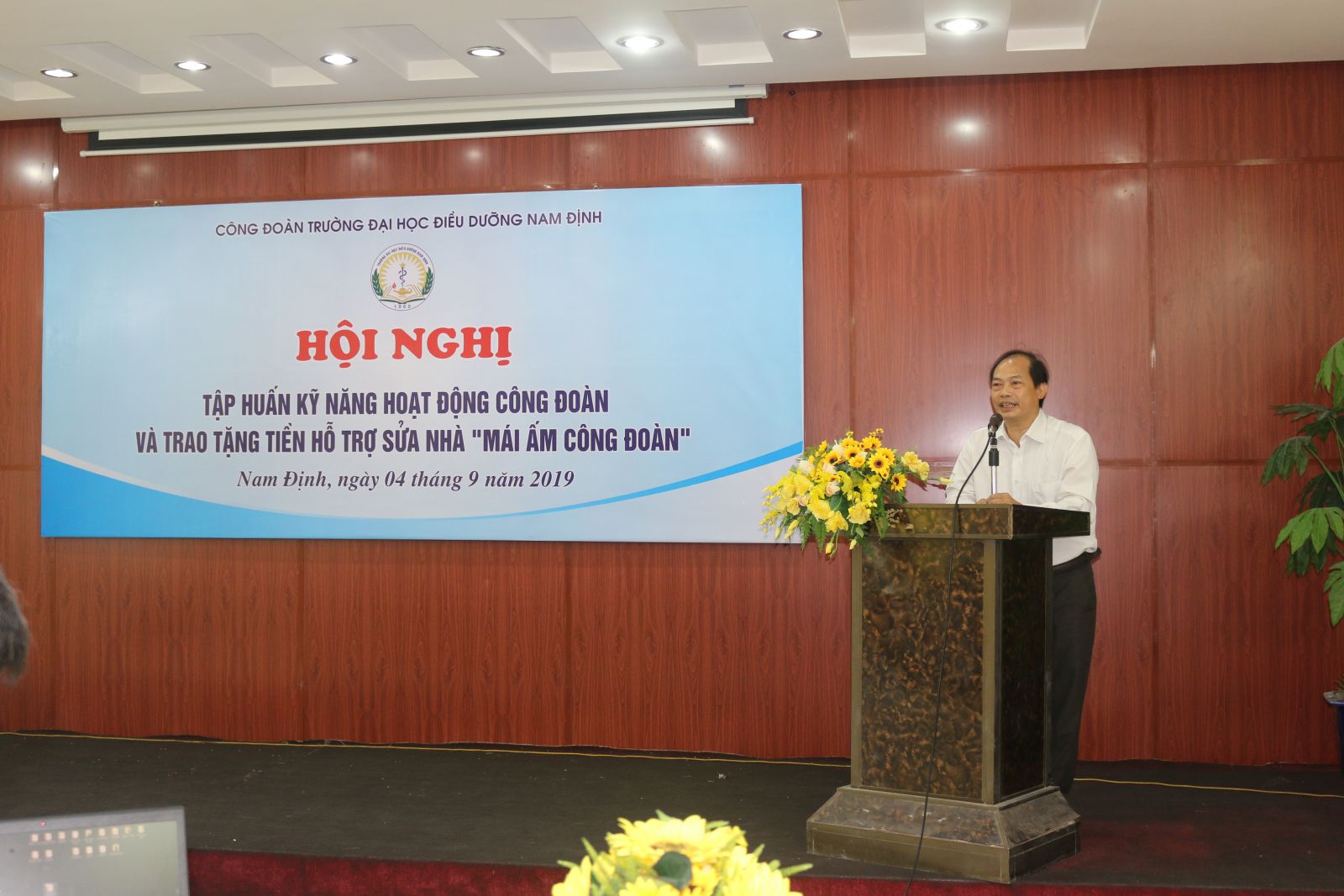 Speaking at the opening of the conference, Mr. Tran Van Long mentioned the important role of improving the skills of organizing trade union activities, raising the sense of discipline for trade union members.

At the conference, Assoc.Prof.Dr. Le Thanh Tung - NDUN Rector also highlighted the role of improving the skills and awareness of each trade union member in the development of NDUN. 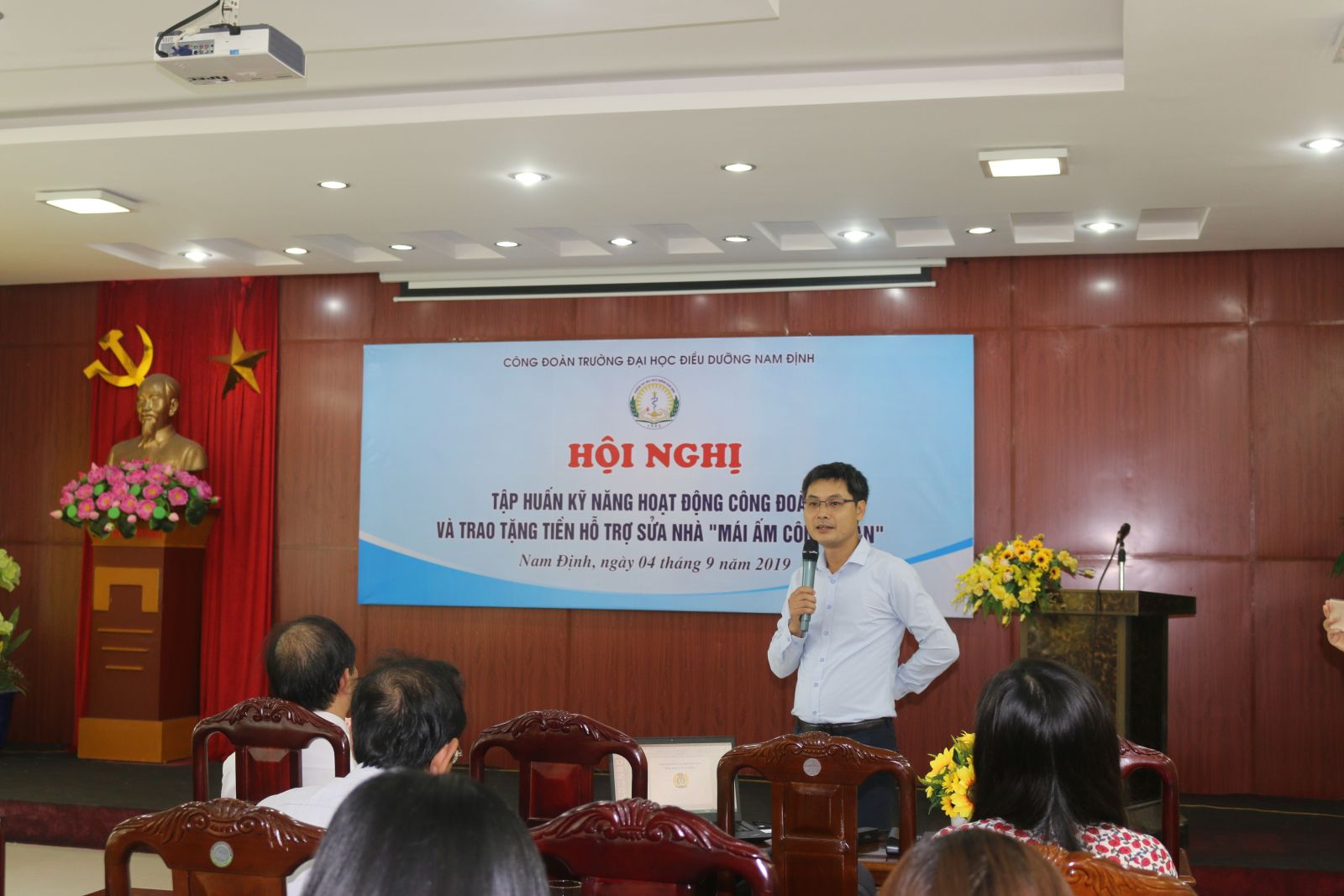 After the speech of NDUN Rector, a training session was organized by Mr. Vu Anh Tuan - Standing member of Vietnam Health Trade Union with the following contents: improving skills of organizing trade union activities for part-time trade union officials; disseminate a number of new regulations on regimes and policies for employees; raising awareness of discipline in the working environment for trade union members.

NDUN Trade Union focused on the content. They also had a lively discussion for a better understanding of the responsibilities and rights of workers in general and individuals in particular besides the knowledge of organizing trade union activities.

The conference was sucessfull with high efficiency. In conclusion, Mr. Tran Van Long - Chairman of NDUN Trade Union expressed his thankfullness to Mr. Vu Anh Tuan for his useful and practical lectures. He asked trade union officials to share the knowledge and skills learnt from the conference to each trade union member in each department for the stronger growth of NDUN Trade Union to fulfill the mission of caring, representing, protecting legitimate rights and interests of trade union members and workers.