On 29th May 2019, at NDUN Hall, the final round and awarded for the Second Students' Creative Idea Contest in 2019 was organized. Attending the contest there were Assoc.Prof.Dr. Le Thanh Tung - NDUN Rector, members of management board; heads of departments, lecturers and groups of authors participating in the contest. 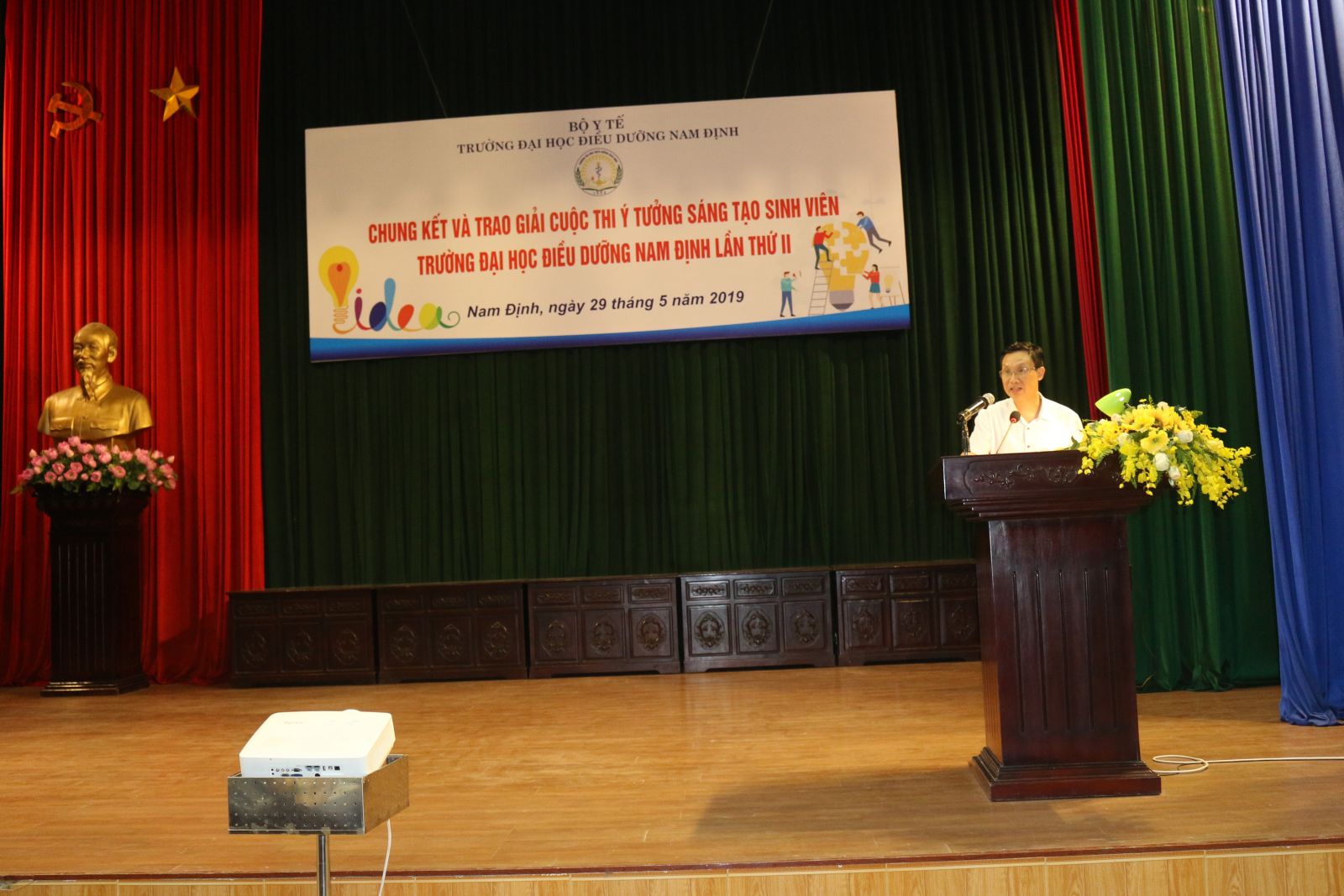 The organizers have selected 15 ideas from the participated groups of students for the final round.

With the orientation of discovering and supporting the creative ideas of students, besides the defined marking criteria, five judges were invited by Nam Dinh University of Nursing for the finals of the contest:

The final round was taken place in a lively atmosphere. The reports were of good quality with highlighted new ideas and they were highly appreciated by the Jury for its feasibility and application in life.

Representatives of student groups presented their report at the Final Round 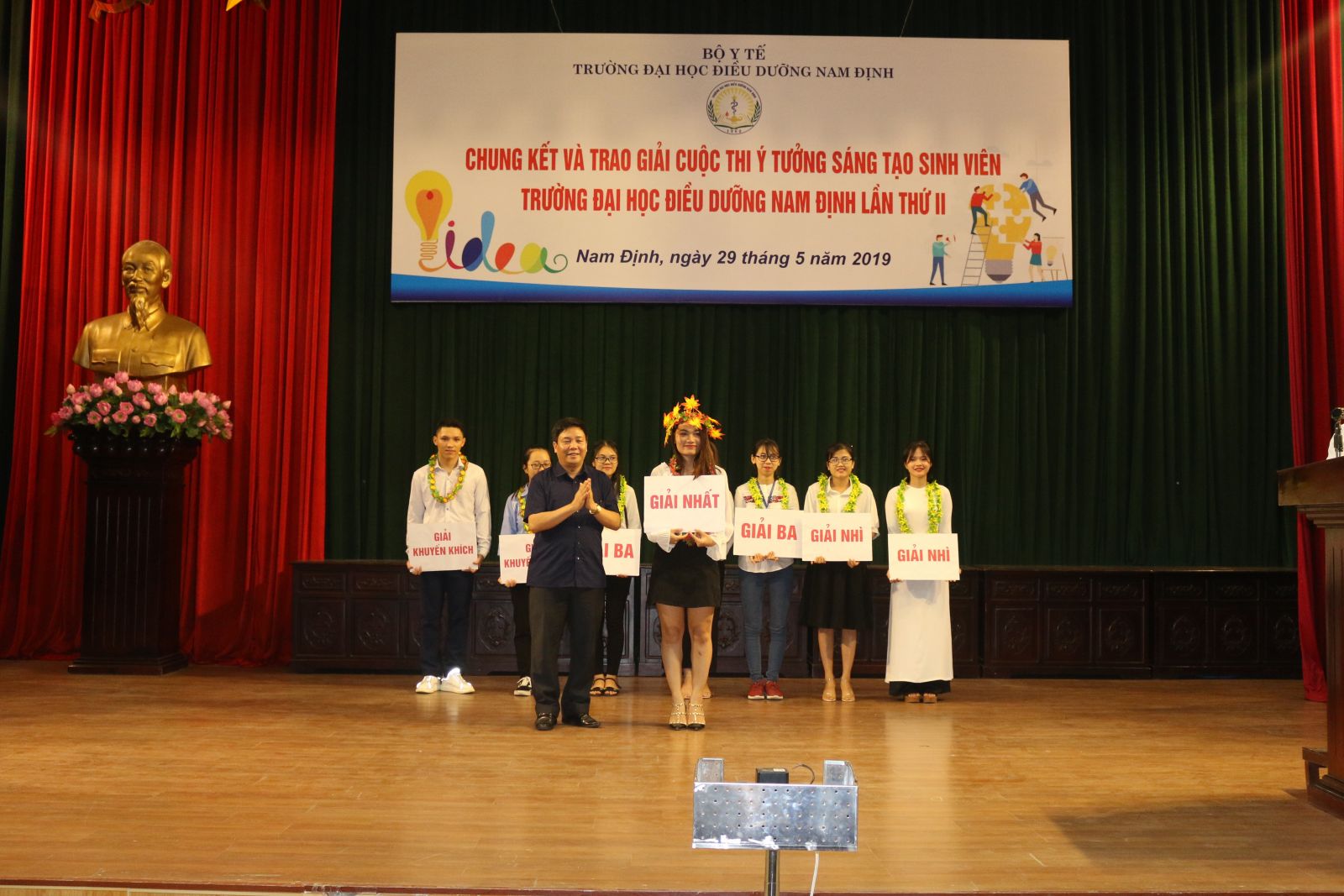 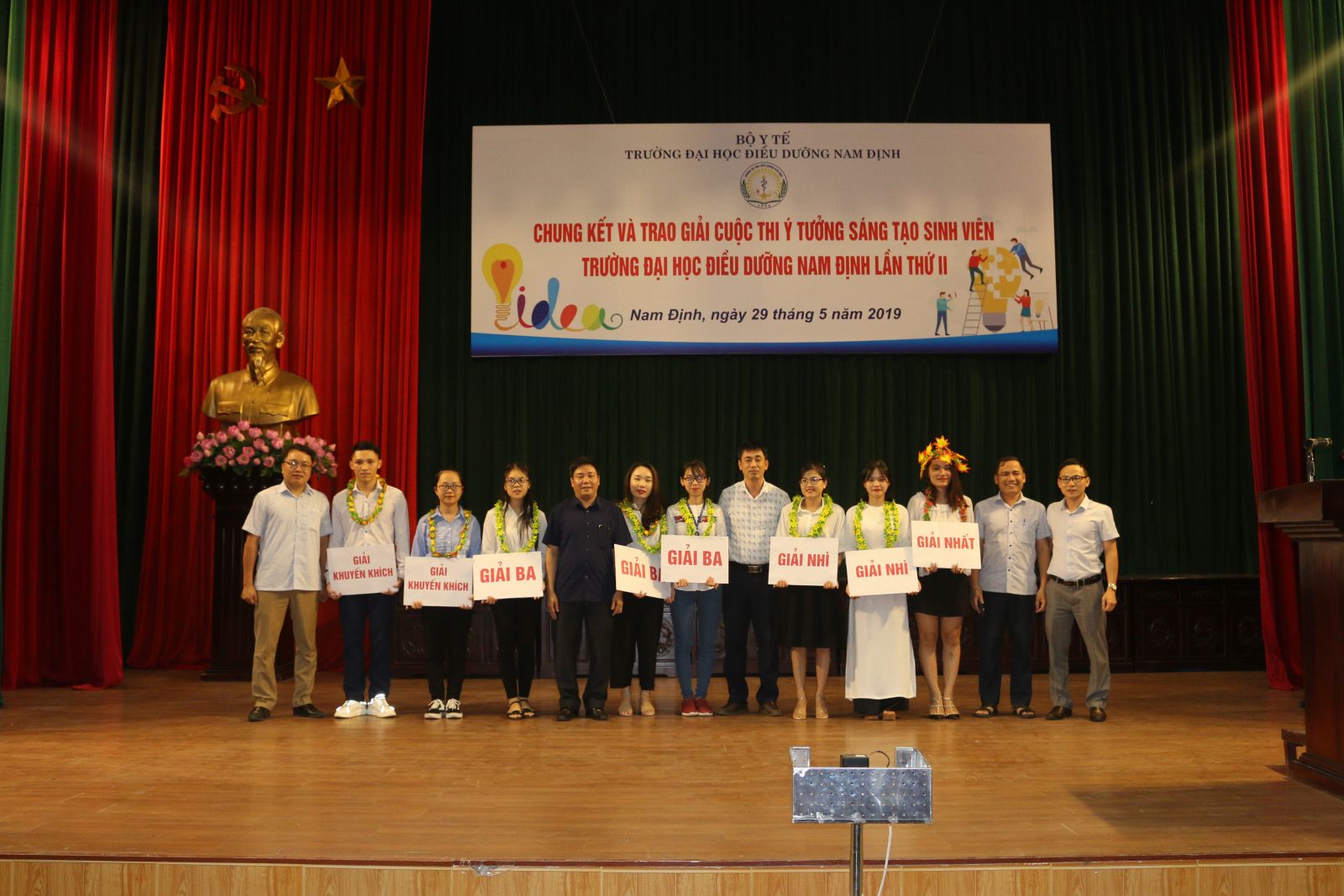 The Contest enabled students to have creative ideas and start-up from the day they study at university. This reminds them about the importance of determining the learning motivation, creative thinking, and future career orientation for the local socio-economic development. The contest also created a healthy and useful playground to help students apply knowledge flexibly into practice and arouse creative and start-up ideas and plan to deploy their ideas in the future.