On 3rd March 2020, the conference on summarizing emulation and commendation in 2019 and launching emulation movement in 2020 was organized by the People's Committee of Nam Dinh City. Attending the conference there were Mrs. Dang Thi Ngoc Thinh, - Member of the Party Central Committee, Vice President, First Vice Chairman of the Central Emulation and Reward Council; members in Central Emulation and Reward Board, President's Office.

Attending the conference, on the side of Nam Dinh Province, there were Mr. Le Thanh Tung - Secretary of the Party Committee, NDUN Rector, Head of Emulation Division in 2019.

At the conference, the speeches representing the socio-economic fields of the province demonstrated the effectiveness of the emulation and commendation activities being delegated by the Party committees, authorities, agencies and units from the province. to grassroots direction, effective operation in all aspects of life.

Nam Dinh University of Nursing was awarded the emulation flag in 2019 by Nam Dinh People's Committee. 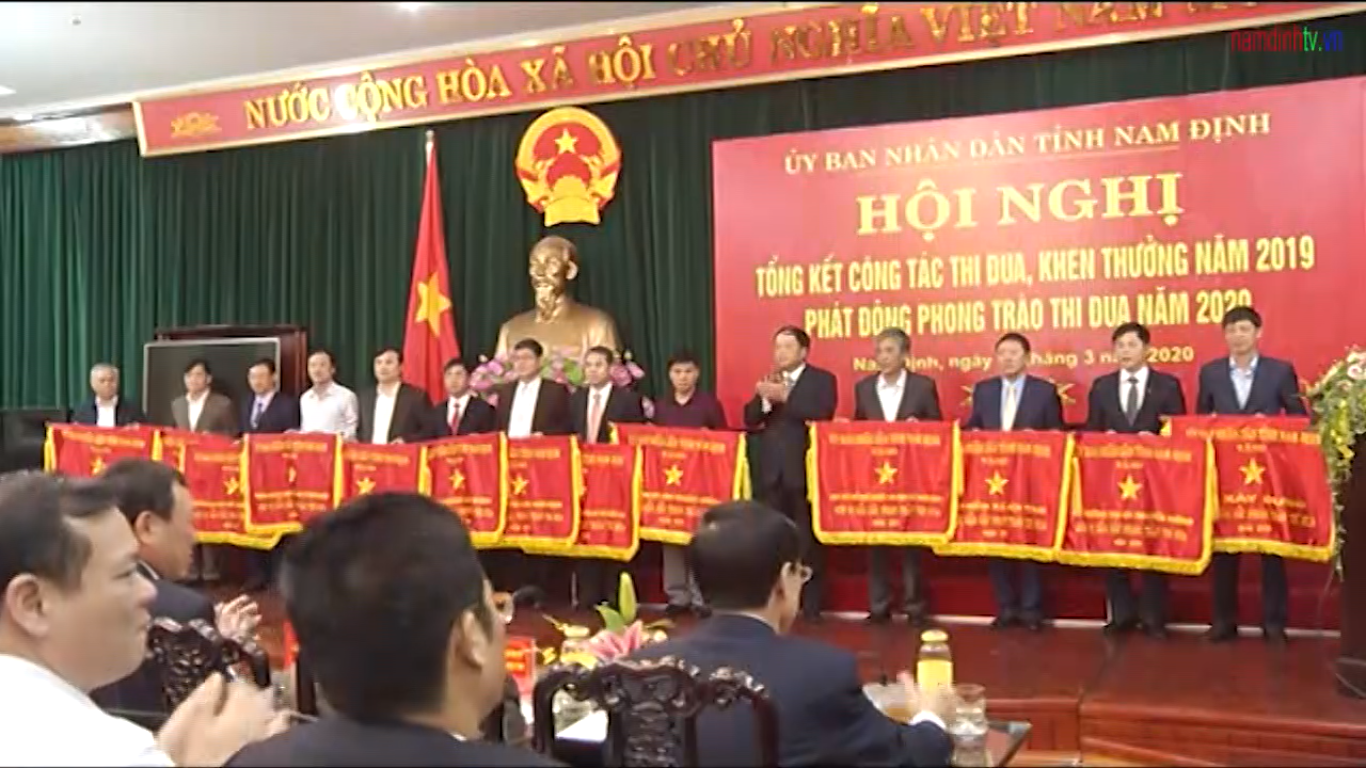 Previously, on 13th February 2020 at Nam Dinh University of Nursing, the Emulation Division of Universities and Colleges in Nam Dinh Province held a "Conference to summarize the work of emulation and commendation in 2019, launching movement and signing the emulation covenant in 2020 ”.

Tin liên quan
Hundreds of NDUN students volunteered to participate in preventing COVID-19
NDUN was awarded the Decision and Certificate of Educational Quality Accreditation
Celebrating NDUN Traditional Day (16th Mar)
The ceremony of awarding the badge for 30 years of the party membership and reward decisions of developing the party tasks in 2019
Nam Dinh University of Nursing implemented tasks to control COVID-19
The Congress of Party cells under NDUN Party Committee (Term 2020 - 2022)
Conference on summarizing the emulation and commendation in 2019, launching the emulation movement and signing emulation contract in 2020 - Emulation Group of Universities and Colleges in Nam Dinh Province
Program of warm clothes for the highland 2020
Closing ceremony of the official survey about external evaluation for institutions at Nam Dinh University of Nursing
Training on health communication and information in 2019